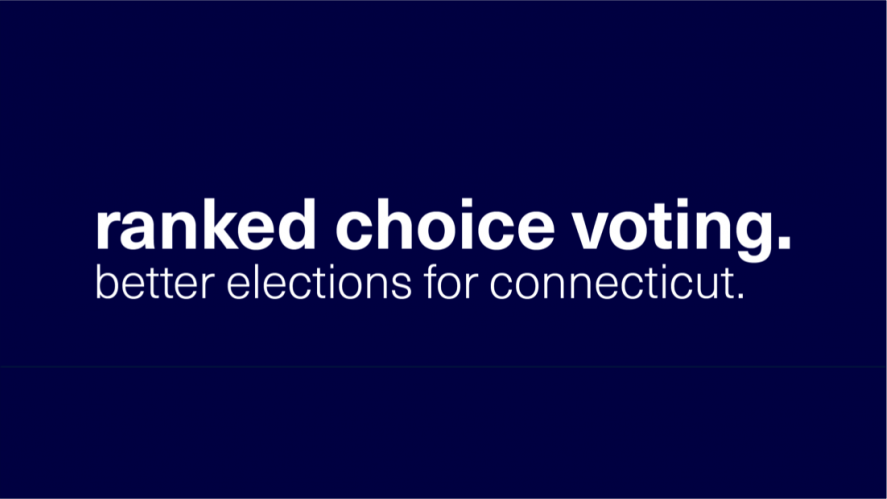 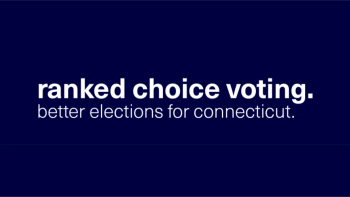 Ranked Choice Voting is a simple change to the way we vote with a huge payoff: it makes our democracy more representative. That's why election reform advocates launched Voter Choice Connecticut, an all-volunteer, citizen-led movement to bring better elections to our state.

In our current “first-past-the-post” system, you vote for one candidate and the one with the most votes wins, even if a majority of voters preferred other candidates. With Ranked Choice Voting, you rank candidates in the order you prefer them: 1st choice, 2nd choice, 3rd choice, and so on. Turns out that small change makes a world of difference.

As an all-volunteer organization, your contribution will go entirely to funding our operations, covering costs like web and email hosting, a supporter database, printed communications, social media promotion and mailing postcards to legislators. We pride ourselves on keeping expenses to a minimum; we've built a solid movement with less than $2,000 so far. With your contribution we'll be able to expand our outreach and legislative advocacy, putting us in a strong position to win in 2021. Invest in Better Elections for Connecticut today!

The problem with today’s elections
Under our current system, if you support a candidate who has little chance of winning, you might feel that you’re throwing your vote away. Even worse, you might worry that voting for that candidate could risk getting your least favorite candidate elected, which is why they’re called “spoilers” (like Ralph Nader in 2000.) With RCV, you can vote for your favorite candidate as your first choice, and vote for a stronger candidate as a backup choice.

Vote-splitting occurs when candidates with similar positions divide up votes, resulting in a less-preferred candidate winning—especially in primaries with crowded fields. That’s how Donald Trump captured the 2016 Republican nomination, even though a majority of voters favored other candidates.

Then there’s the problem of wasted votes, when the candidate you vote for in early voting later drops out of the race—that's what happened in the 2020 Democratic primary when Buttigieg, Klobuchar and Steyer all dropped out right before Super Tuesday. With RCV, you can vote for multiple candidates, so your vote won’t be wasted if some drop out.

RCV will fundamentally improve our democracy by electing candidates that reflect the support of a majority of voters. It curbs negative, divisive campaigning; when candidates need second or third choice votes to win, they have an incentive to appeal to as many voters as possible.

About Voter Choice Connecticut
Voter Choice CT is the grassroots movement advocating for Ranked Choice Voting for state and federal elections in Connecticut. Our first goal is to pass a “study bill” to explore how to implement RCV. 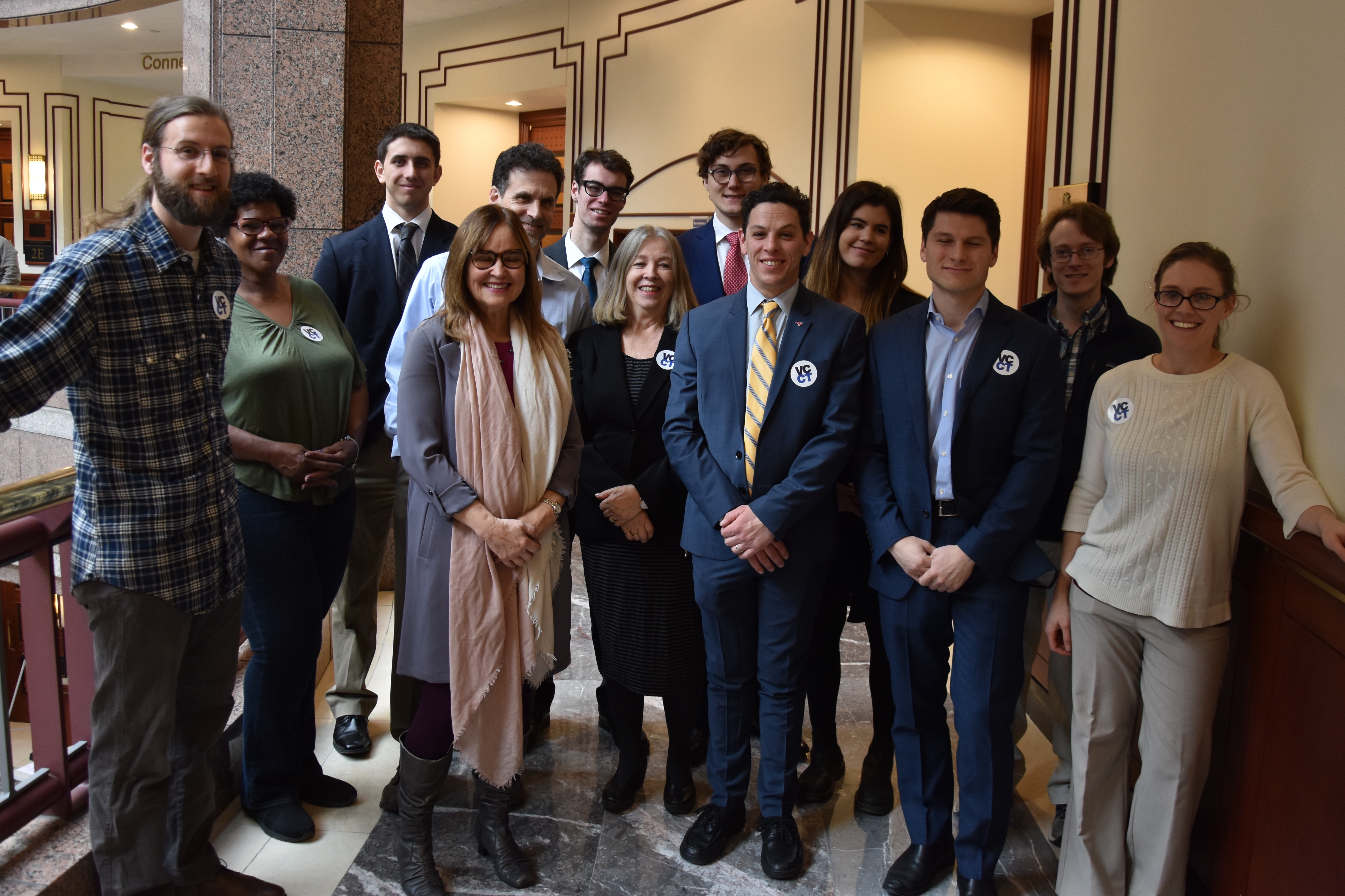 Voter Choice CT advocates with Secretary of the State Denise Merrill, at the capitol.

We've already made tremendous progress. In March 2019, just three months after launching our campaign, the RCV study bill, HB-5820, An Act Establishing a Task Force to Study Ranked Choice Voting, was reported out of committee and went on to pass the House (the Senate didn’t bring it for a vote).

The General Administration and Elections committee raised the bill again in 2020, however when the pandemic forced the legislature to shut down, HB-5404, An Act Concerning the Secretary of the State and Ranked Choice Voting, was shelved along with virtually every other bill being considered.

Please make your contribution today to invest in Better Elections for Connecticut. Any amount is welcome!
Note: we are in the process of setting up Voter Choice Connecticut as a 501(c)(4) advocacy organization. Until that is complete, contributions are being held by Jonathan Perloe, a founder and steering committee member of Voter Choice CT.