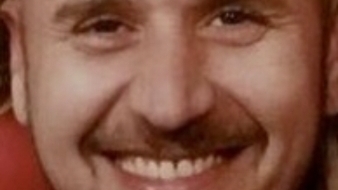 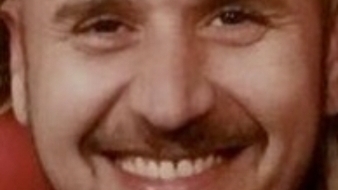 I have been dealing with cancer for 7 years now. So to try to make sure and eradicate and remove all of the cancer. Back on May 30th I started a series of surgeries. One surgery has only ever been done a total of 5 times. They told me that they were almost positive they would get all of the cancer.

Since these surgeries I now have to urinate through a tiny hole behind my scrotum in my Perineum. They removed my entire urethra. I now suffer from excruciating pain in my male area. Which they can’t seem to figure out what is causing it. I get the same answer we’re not sure. It could just still be going through the healing process. Then ends with remember this is a relatively new surgery.

I went back 3 months later for more test. To make sure everything was successful.

Yesterday I received a letter, yes a letter, in the mail telling me I still have cancer. It also stated the game plan was to wait 6 months and run more test. After the results come back they would let me know the best course to take.

Now I have more appointments regarding the fact that they think I also have cancer in my pancreas.

So anyway during Tropical Storm Imelda my engine in my car blew up. Making my first mistake thinking Trump would designate us a disaster area I authorized repair. I was sure FEMA would pay.

Next my spouse had a nervous, emotional and mental breakdown while driving. I was in the passenger seat when suddenly he attempted murder suicide. We both lived. He went to a psychiatric ward. This reduced our income and increased my portion of bills from my paycheck.

To continue my 13yo had an appointment with her psychiatrist. She told her doctor that my alcoholic and drug addicted daughter had been stealing her ADHD medication. Her doctor informed me that do to the theft she would have to report this to Childrens Protection Services.

Now preparing for CPS I told my 32yo she had to leave, my 13yo wasn’t going to be removed from our home because of a grownup’s decision. I went to visit my spouse in the hospital. When I got home my adult child was drunk and high. I told her to get out now. I was told no that if I wanted my grown child out I would have to go through legal channels to evict her.

Thinking in my head that my 32yo was willing to let my 13yo get removed from our home and be sent to strangers. This really made my PTSD go crazy and I grabbed her hair. I knew I was wrong the second I did it.

My 32yo called the police and I willing went to jail. After posting bail I was released 36 hours later.

Do to my PTSD and Bipolar they made me strip completely gave me a washcloth to cover my groin and made me lay on a stainless steel bed with a plastic mattress in 50 degree temperature. This was because that’s what they do when they put you under suicide watch.

After my release my 32yo was removed by the authorities and CPS came to our home. After interviewing all of us and making a plan no one had to leave or was removed from our home.

Our next step was we had to hire attorneys. One to defend me in my case. Another to defend us with the CPS case. The last one is to defend us to keep us from losing our foster home license.

So now that you know where our money went. I need help to get my car out of the shop so that I can get back and forth to my medical appointments. I need 5410 but will accept any amount even a quarter because whatever I raise will be that much closer to my goal.

I’m not asking for sympathy. I was just telling you what is going on in the hope that I could get you to understand why I need my car fixed. Thank you everyone in advance to all of you, those that donated, those that shared and to those that just read it and sent peaceful thoughts.